At Mitrataa our philosophy can be summed up in the following short video and the following article first published in Nepal’s Republica newspaper on 18 December 2013, both written by Founder and Executive Director, Bec Ordish.”

“Nepal is not a poor country; it is just poorly governed.”

I agree, my mind shouted when I read this recently. So much so that I set it as our weekly essay question for the girls. But reading their responses and reflecting further, I realised I was wrong. I wanted very much to agree with this statement. But the reality is that Nepal believes that it is a poor country and so acts accordingly.

This belief is crippling this amazing country. It permeates all levels of society and is reinforced from all angles, even by those who supposedly believe in it. The catch cry is “Nepal is a poor country that needs lots of help.” It is in the school text books; it is shouted at school assemblies by the principals; it is on the front page of the newspapers; it is sprouted by the politicians as reasons for the problems they haven’t dealt with; it is reinforced by the sheer number of NGOs and INGOs in Nepal, all of which have this message at the core of their work. One of the children said to me “We must be poor, otherwise why does everyone come to give us help?” Even tourists expect things to be cheap because they perceive Nepal as poor and therefore don’t expect quality and to pay for services which are higher value and voluntourists come to make themselves feel good about building schools and houses for “poor people” who are made to feel they should be grateful for the help. 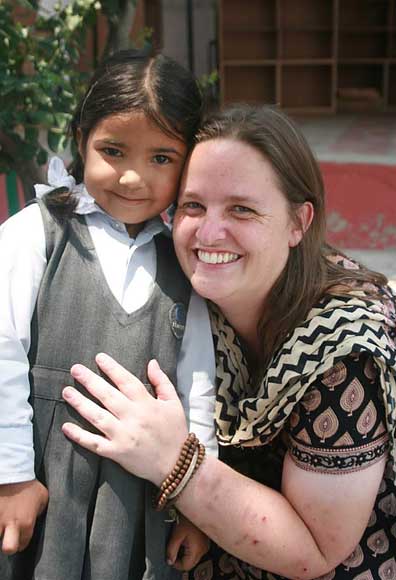 But Nepal doesn’t have to be poor. It is rich in natural resources – it has one of the highest quantities of water supplies in the world. So why are there water shortages and lack of electricity? It has the geography to grow lots of wonderful products in high demand in other parts of the world; Nepal’s tea is arguably tastier that Darjeeling’s tea, grown in the same climactic conditions but in richer soil with younger bushes so why is the tea being sold cheaply into India while India sells its Darjeeling tea overseas for significantly higher prices? Pashmina used to be a luxury product in the hands of Nepal’s royalty only, so why is it now China’s cheap fake product that lines Thamel’s tourists shops? Nepal has rich cultural traditions and skills and passionate people. So what’s going wrong?

The government has to take a lot of the responsibility. Lack of a conducive environment to encourage entrepreneurs, an impossible to manage bureaucracy which requires numerous “payments” to government officials to get anything done, too much in-fighting and no focus on the external feeling amongst their citizens.The government officials go overseas to garner support for themselves individually, not for the country’s products, its people. They ask for aid, not for investment.

No wonder the people believe their country is poor. We treat them as though they are. It’s one of the biggest problems with the aid industry around the world. It teaches people to be beggars, rather than empowering them to take responsibility for their futures, creates dependency rather than inspiring the people to reach for their dreams. It’s almost tourist season in Nepal. Thousands of enthusiastic backpackers come to trek the mountain trails. But this season, very few will achieve their dreams of getting to Everest Base Camp, because there is only one airline flying into Lukla, the highly sought after airport launch pad to the Himalayas. Last year there were four. Sita Air stopped after one of its planes crashed, Agni Air has been grounded since last year for safety issues and NAC only has one plane remaining operational that can fly this difficult route. How can the tourist industry capitalise on the passion for Nepal if the airlines are not regulated properly to maintain their planes?

It’s also festival season and the lines of people at the remittances offices are long. Foreign remittances from family members working overseas is one of Nepal’s major sources of foreign currency. However, the money is being spent on luxury items – everyone has a new mobile phone, fancy new clothes and a feast for the festival – rather than being invested in businesses. There is no encouragement for entrepreneurs. People are used to being given money from aid agencies, so now they have changed the hand that feed them to the “lucky” family member who has been sent overseas to support the rest of the family while they sit waiting for their cash to arrive.

How do we create hope for Nepalis? How do we change the story from “Nepal is a poor country” to “Nepal is an amazing country, full of beautiful natural resources, passionate people and lots of opportunities?” Stop the aid. Stop the voluntourism unless it is empowering and not simply exploiting the poor even further. Start believing in Nepalis so they can start believing in themselves. Start investing in social businesses rather than aid. Close down the NGOs and replace them with local initiatives run by the local people who can choose to invite in support if they need it, rather than having it imposed on them so they feel like beggars.

If it is treated like a poor country, it will act like one and therefore will be one. It’s a selffulfilling prophecy. But imagine the possibilities if the Nepali people believed that Nepal was an amazing country, if they acted accordingly, if we invested accordingly. Just imagine.